Four days before the pack of elite riders tackle this stage, the participants on the 30th edition of l’étape du tour de france enjoyed the majestic scenery between briançon and alpe d’huez along a legendary route in the tour de france’s history. On completion of the 167 km distance and 4,700 metres of climbing, tackled in high temperatures, austrian stefan kirchmair won with a time of 5:17:27. In the women’s race, brazilian flavia oliveira tasted victory with a time of 6:31:58.

CHAMPIONS IN THE HEART OF THE PELOTON

For decades, the greatest names in cycling have climbed the Col du Galibier, the Col de la Croix de Fer and the ascent to Alpe d'Huez. This 30th edition of L’Étape du Tour de France is no exception. Among the cycling enthusiasts in the heart of the peloton, some famous athletes will also be present: Óscar Pereiro, the winner of the 2006 Tour de France, Olympic and Paralympic champions, and athletes from other disciplines who have come to take up a veritable challenge...

MEETING AT THE SUMMIT, IN THE PATH OF THE GREATEST

The 30th edition of L'Étape du Tour de France will follow the route of stage 12 of the Tour de France between Briançon and Alpe d'Huez on 10 July. On the programme: 170 km and 4,700 m of elevation gain in a grandiose setting, with climbs of the Col du Galibier and Col de la Croix de Fer before attacking the legendary climb to Alpe d'Huez.

Santini has been selected as sponsor of L’Étape du Tour de France 2022: the Italian cycling wear company is dedicating both a men’s and a women’s collection to the famous amateur cycling event, which takes place on Sunday, July 10th next. The collections will be available to purchase in the Village and also from the brand’s website.

BE HINAULT FOR A DAY

The 29th edition of l'Étape du Tour de France delivered on its promise. 12,808 riders took on the role of pro cyclists this morning to tackle a 135 km course between Albertville and Val Thorens with three climbs, just a week before the peloton of the Tour de France races on the same roads. It was thanks to their grit and steely determination that the amateurs managed to overcome this daunting challenge. There were few surprises in the fight for the win. The French Cédrick Dubois claimed his maiden victory with a beautiful solo move, with Belgian Tim Alleman and another French, Antoine Berlin, taking the other steps on the podium. Meanwhile, the French Edwige Pitel won L'Étape du Tour de France for the fifth time in a row. 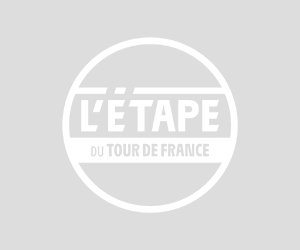